57732 was the fourth of seven Aravis frame dressed by Letourneur et Marchand.

It will remain unsold at the outbreak of the Second World War before being registered for the first time in Paris with the 3146 DX 75 plate onApril 25, 1955.

Then six months later, on 16 October re-registered 8416 MS 78 in Bezons, near Paris by the famous french singer Maurice Chevalier.

In the 1970s it belonged to Mr. Aravis Balleret and was sold by his daughter in the early 1980s to Mr. Pug from Monaco who had it restored and repainted burgundy / Beige.

Only three of the seven cars built per Letourneur et Marchand still exist today, two are located in Europe and 57732 in the US. 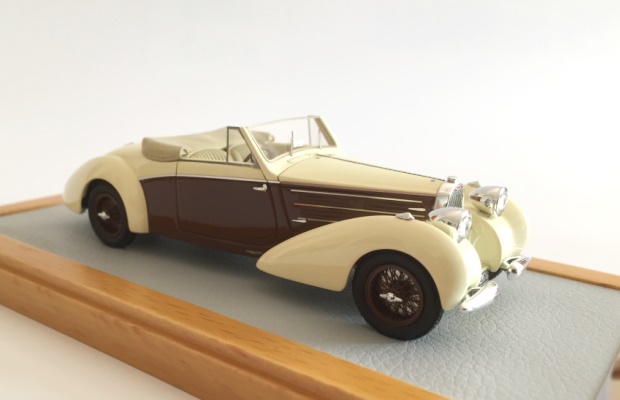 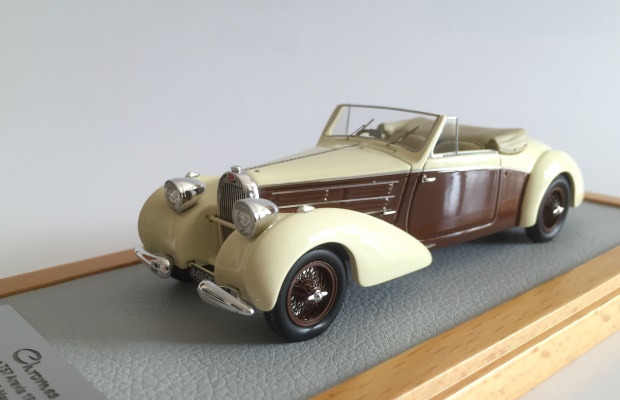 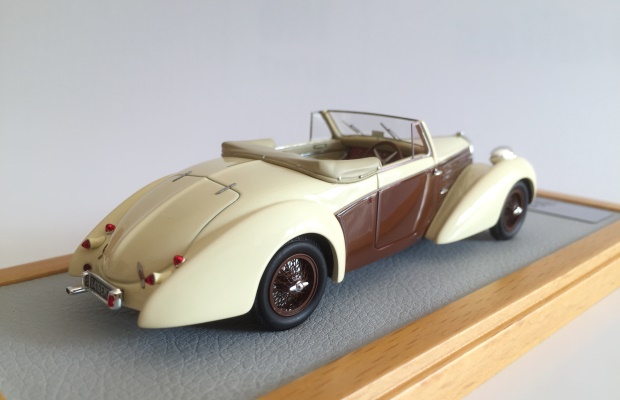 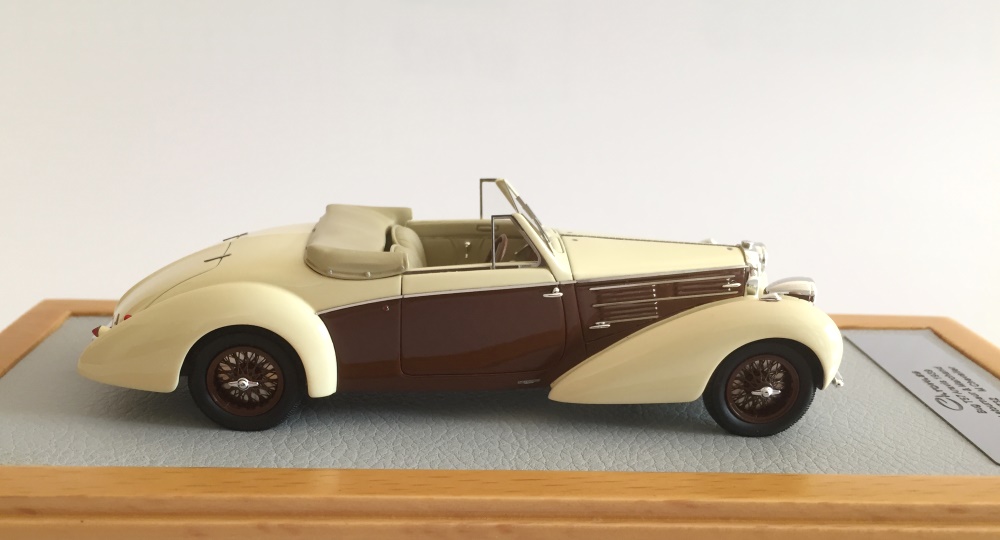