110110 is the most heavily scalloped and adorned postwar ever created by renowned coachbuilder. It is also one of the most decorated and embellished cars of all time. Drooping lines are absolutely incredible.

The cascade design was enhanced by a working pastel blue paint, incorporating large "comma" cream-colored on the front side of the wing and along the edge of the rear wing. Combined with massive chrome scallops, the tri-tone effect is absolutely beautiful.

It was exhibited at the Geneva Motor Show in late 1949 and later acquired the same year by the New York furrier Louis Ritter. He had traveled to Paris to attend the 1949 Salon and supervise the construction of a Cadillac Saoutchik he had ordered. There he saw 110110, is immediately fell in love, he bought the car.

Ritter has used his new toy in Beverly Hills for a month before returning to the dealer for the sale, desiring to make room in his garage for future creations Saoutchik!

The new owner Mr. Wasmer, did not want a convertible, probably because of the harsh winters of Idaho.

Also he converted the car with a hardtop. 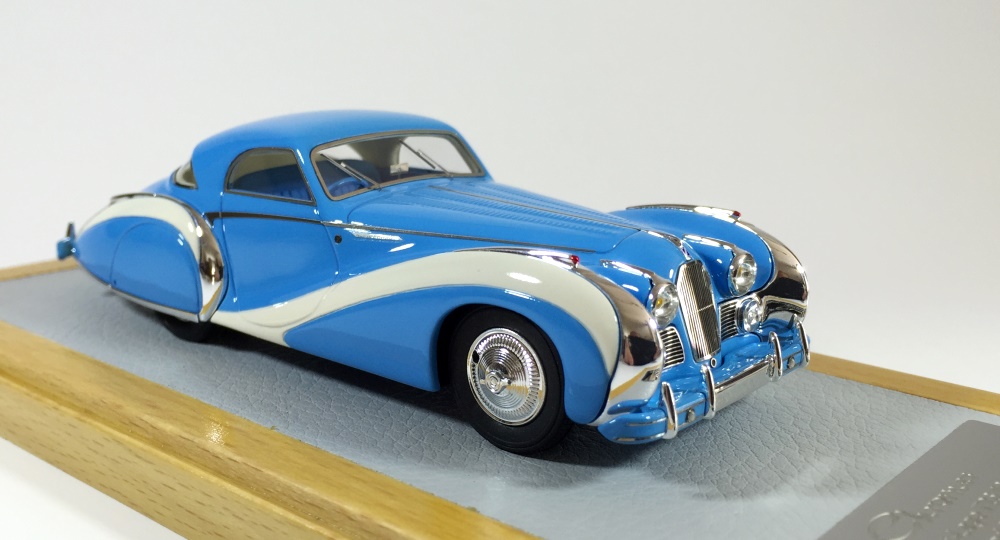 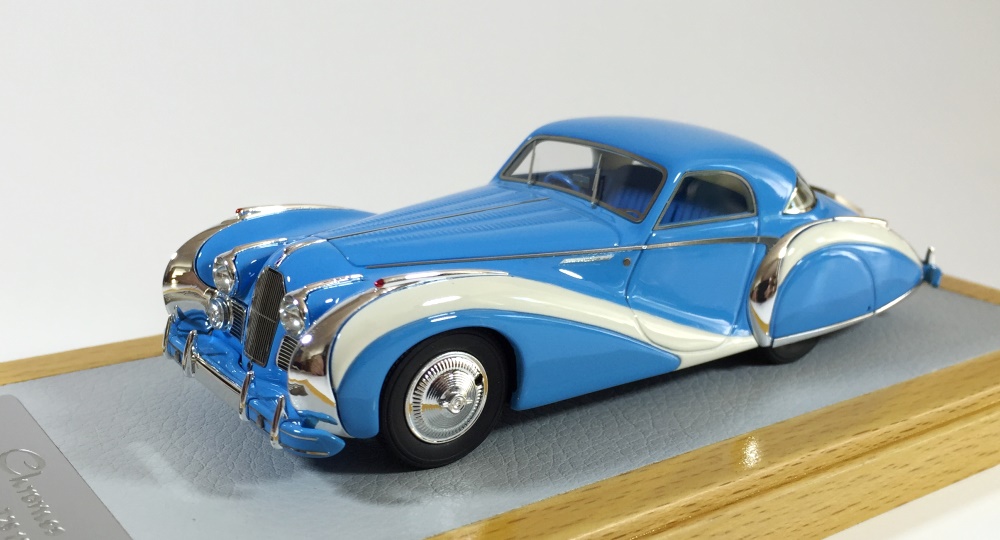 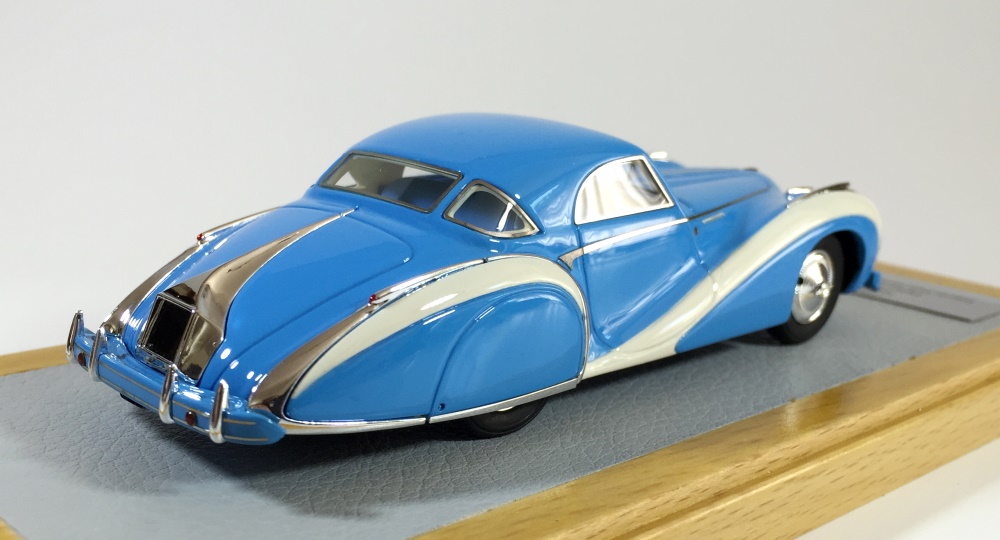