This chassis leaves Derby on 22th April, 1937 for workshops Hooper who dresses it in a 4-door sedan.

Very unusually for a Phantom III, the spare wheel is located in the trunk and not on the body.

The finished car will be presented July 21 to its new owner Hamlyn Colin Gilbert, President of Goodman Brothers and Stockman, clothing manufacturer.

It is equipped with an electric sliding roof that can uncover at choice rear or front places.

The unusual design of this four-door limousine would be one of the few cars made by Hooper from a drawing of Saoutchik. But there is nothing to confirm this statement.

This "Parisian chic" car is embellished with many chrome, it has been restored in its original color dark blue. 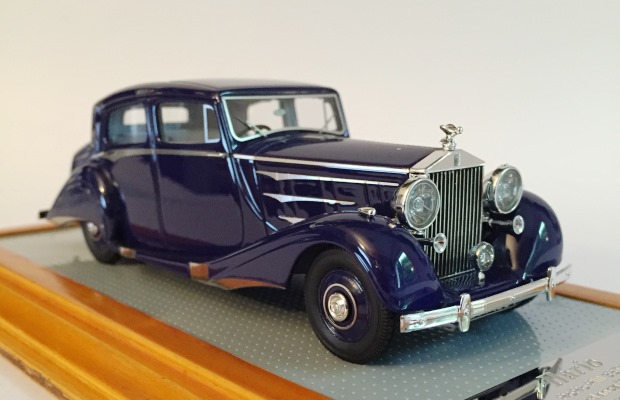 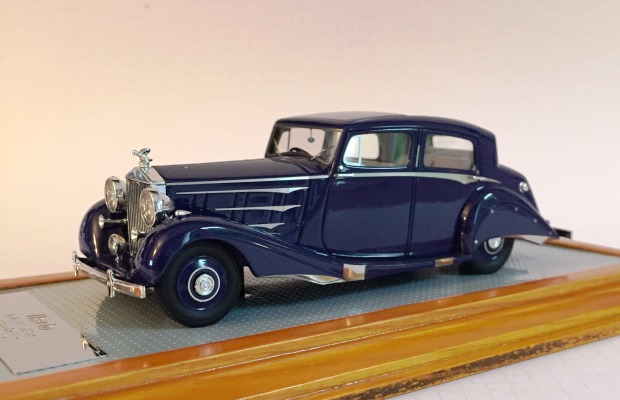 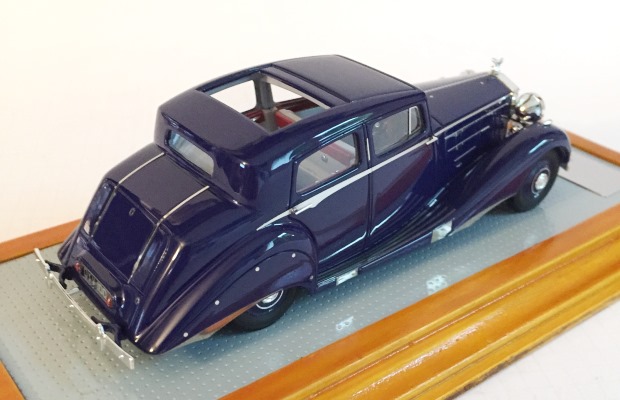 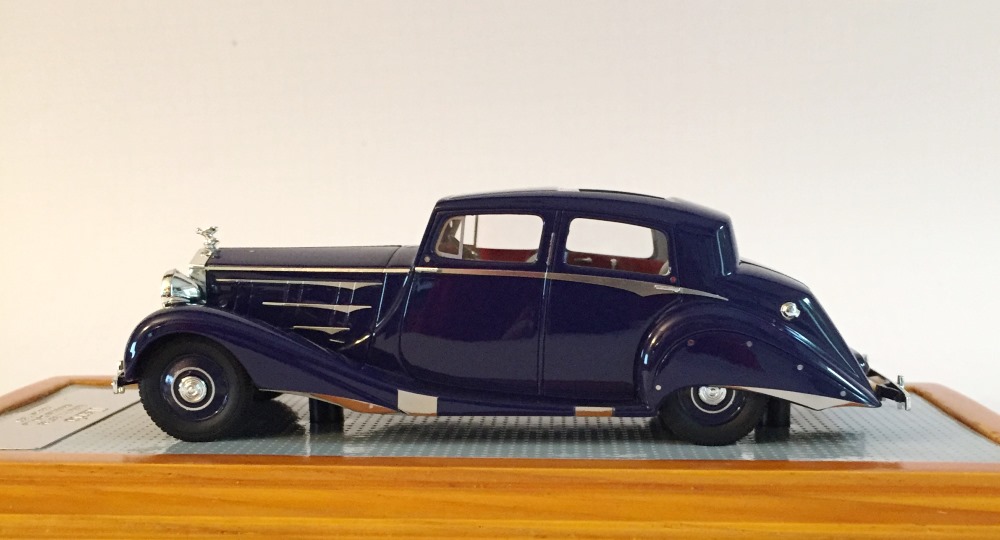