Charles Stewart Rolls is known for cars bearing his name, but it was also a great aviation enthusiast.

In 1906 he took part in a balloon ascent in Massachusetts and then played the sport regularly, totaling over 130 shipments. He won a prestigious award for the longest single flight time.

Charles Stewart Rolls owned a roadster Silver Ghost Chassis no. 60785 specially produced by the coachbuilder HJ Mulliner to carry the basket of the balloon on the long back deck.

The rear wings were patent leather, flexible so that loading the cart left no damage.

This car is now known as the "Balloon Car" has long gone.

The first metal gray color on frame no. 1592 was sold to the famous Harrah Collection.

Newman kept no. 1513 for himself. Later he sold to S. Prestley Blake who kept until 1991, then passing into the hands of Richard Solove who retained until 2011.

1513 has won many prestigious competitions. First painted in two shades of red / black, it is now restored in purple / black.

Certainly one of the miniatures of the most complex and detailed that I have produced to date. A wonderful model ! 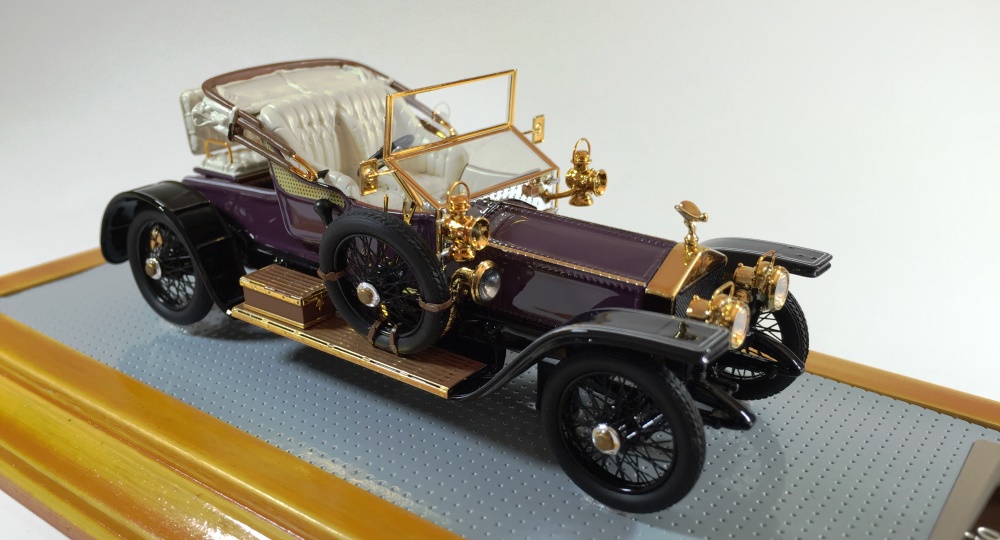 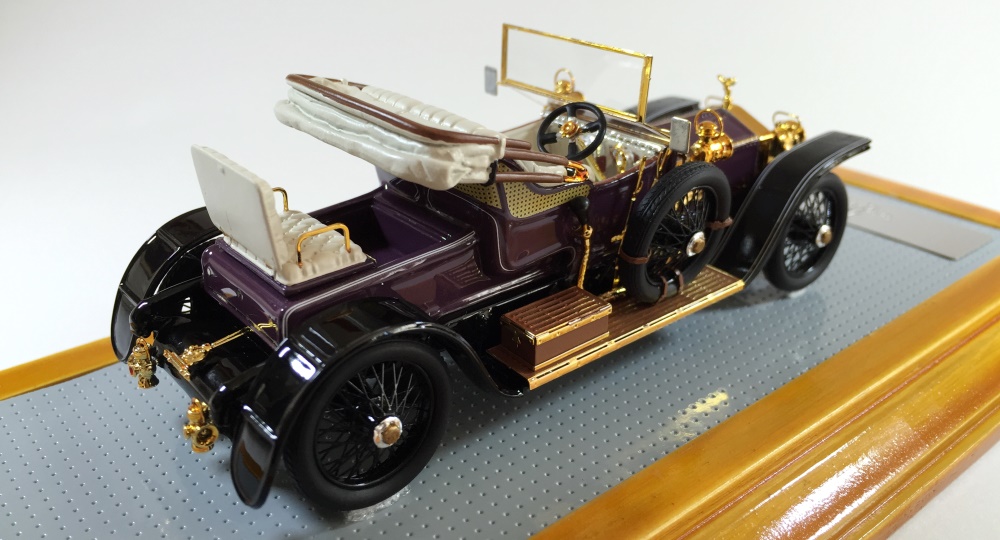