The young designer chef Lucien Schlatter joined Gangloff as an apprentice designer in 1934, this car is one of his creations.
Built from Drawing No. 3719 dated April 29, 1937, it is different in many ways from the Ventoux "factory" version.

Its first owner, Louis Roussel, owned a textile factory in La Bresse in the Vosges mountains France.
The Bugatti was registered for the first time 8815 ZQ 2 on June 19, 1939 on behalf of the "Textile Society of Bresse".
The car was painted in two shades of cream and light brown.
Louis Roussel retained the car during the Occupation, but in 1944 or 45 it was requisitioned by a colonel of the Dutch FFI Resistance forces for his own use, and subsequently sold by the Domains.

It was registered "4671 RP 6" in Paris on January 30, 1947, before staying in the Darl'Mat agency of the Le Mans pilot Charles de Cortanze, where it was bought by Pierre Cros on April 2, 1948 It was painted cream / black with a red leather interior trim.
Mr. Cros sold his Bugatti to the garage owner Auguste Bottero of Port-Sainte-Foy, which was registered "124 AQ 24".

On January 19, 1960, he sold the car to F. Chevalier de Bergerac, former director of the Paul Ricard circuit, who kept it for less than two years before it passed into the hands of a new owner JD McLean installed in the USA.

In 1969, he sold the car to Dr. Richard Riddell, who had it restored between 1984 and 1989. The car was then displayed in the largest elegance contests including Pebble Beach. It was acquired by its new owner in 1998. 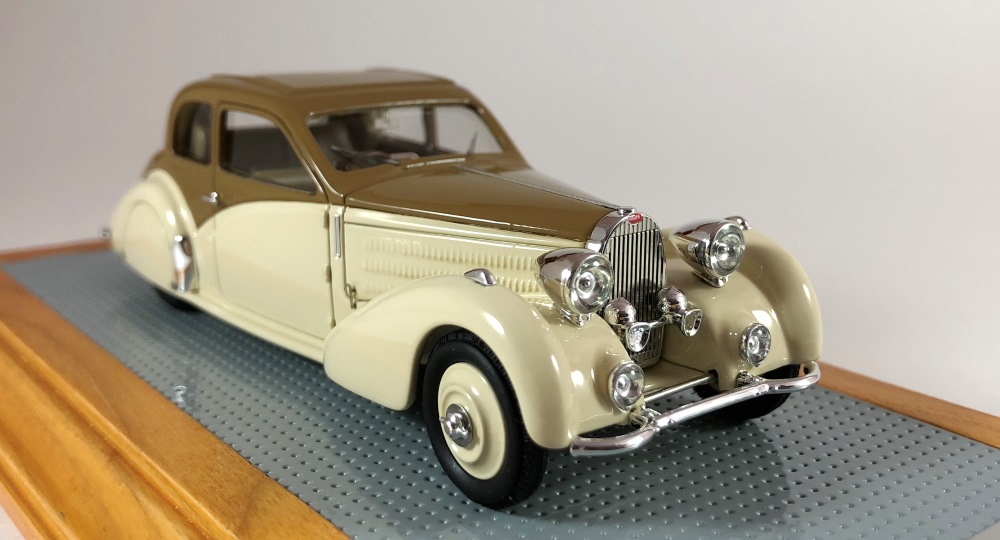 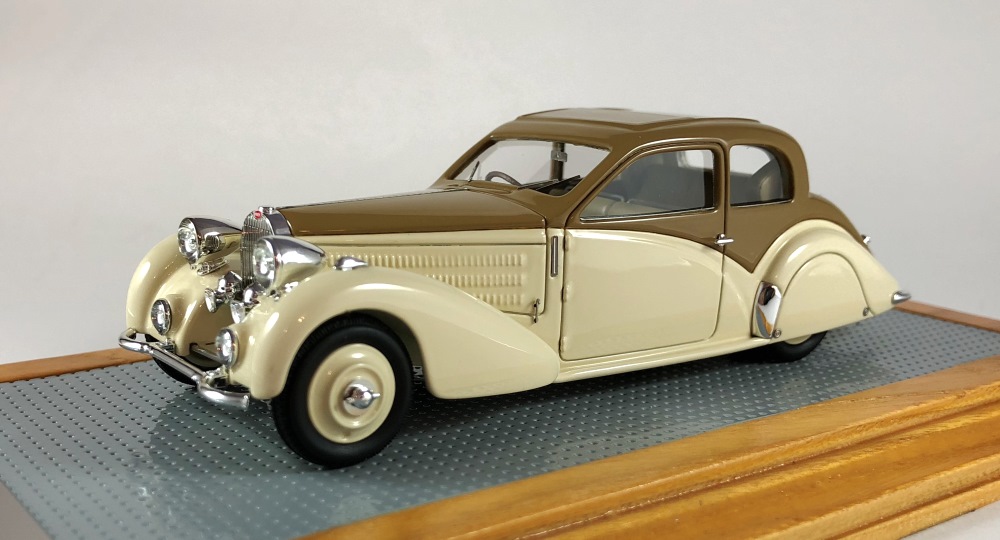 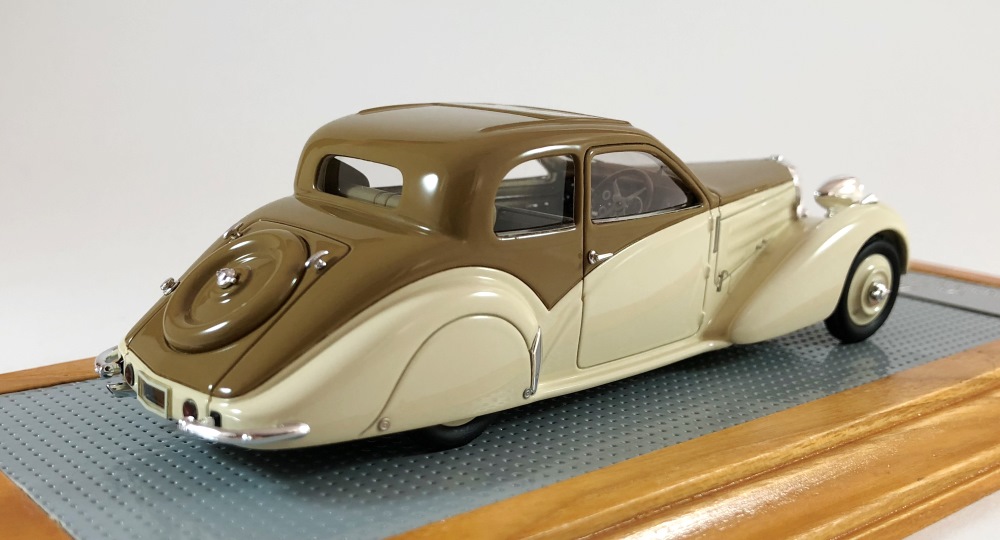 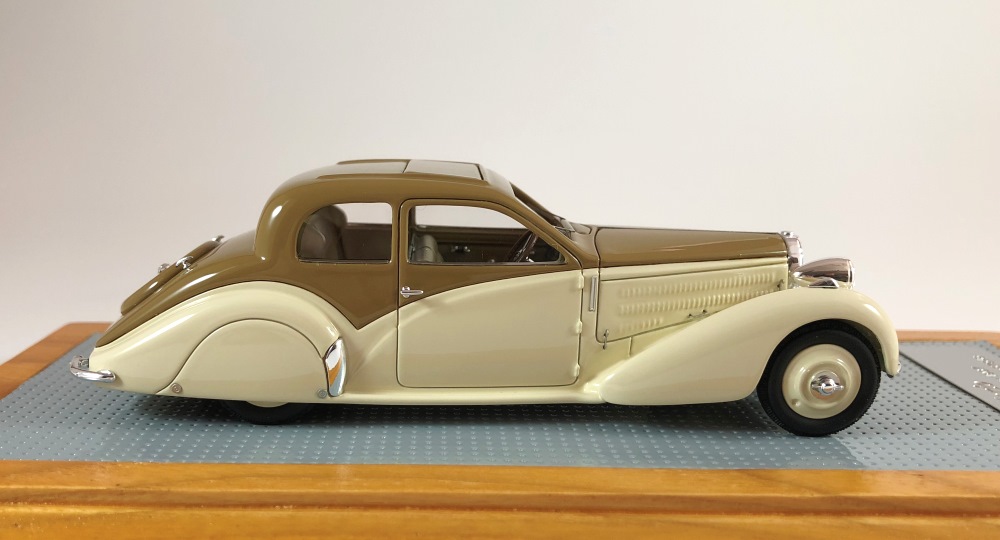