This Delahaye 135MS  was bodied by the brilliant bodybuilder Jacques Saoutchik in Paris.

It was exhibited on the Saoutchik stand at the 1949 Paris Auto Show.

At this time it was painted in burgundy color with brown inside.

The first owner was George Dawson, a wealthy Englishman, who then sold this Delahaye to a Mrs. Mitchell in Switzerland, in 1950.

The current owner acquired the car in 1961, it was silver with burgundy inside.
He started its restoration in 1987, and it is now white with brown inside.

The Delahaye was shown at the Bagatelle Concours d'Elegance in Paris in 1991 and won the award for French convertibles.

It was invited to the 1992 Pebble Beach Concours by Lorin Tryon, who had seen the car at Retromobile in Paris.

After being exhibited again at Retromobile earlier in 2012, it returned to California (the Pebble Beach Concours d'Elegance), for a second time. 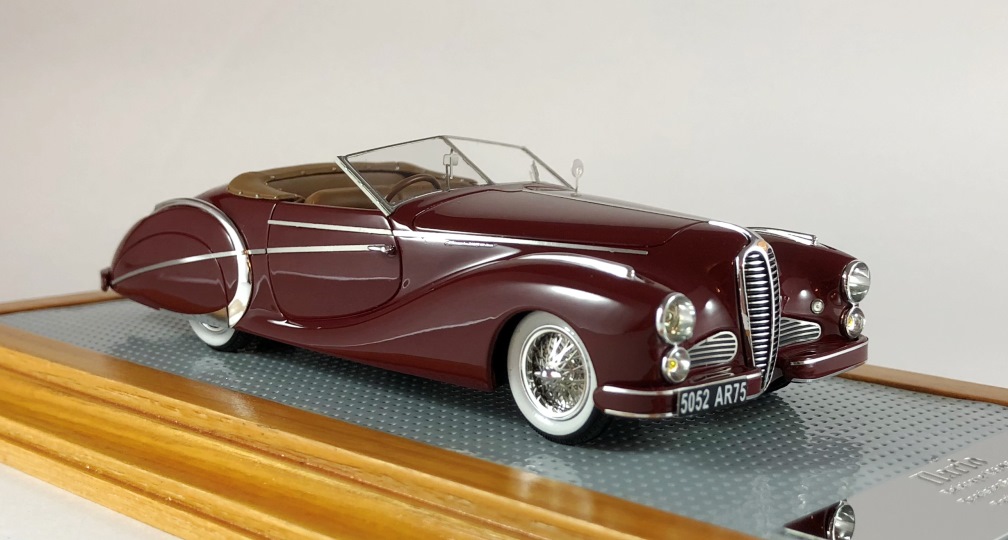 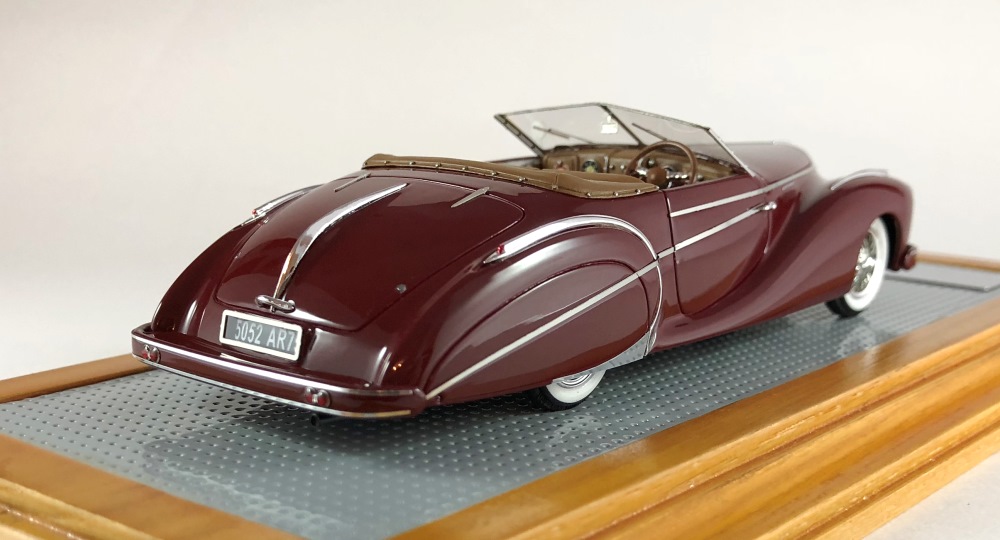 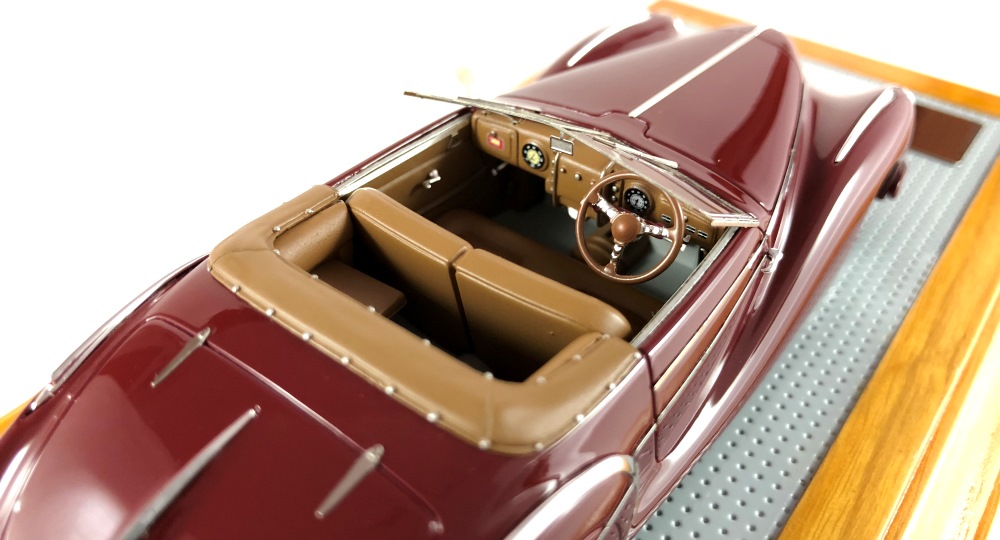 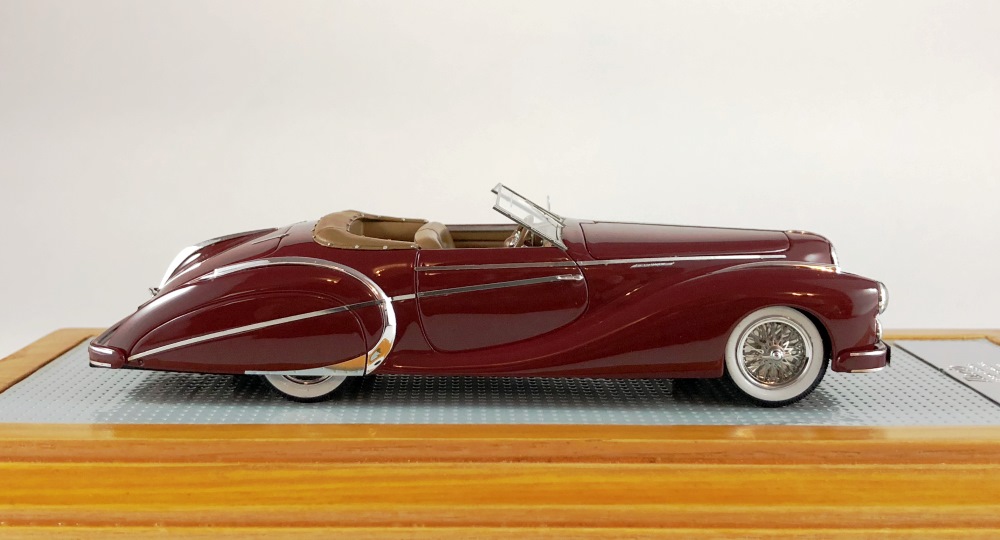