This second version is based on the drawing made for a chewing-gum advertising. It is orange with orange/white inside color.
Very limited serie of 20 pieces only worldwide.

Created in 1949, this Delahaye built on a 175 chassis is a major work of bodybuilder Jacques Saoutchik.

The car is designed on the first new post-war Delahaye chassis and benefits from all the new technologies of that time.

But the great beauty of this roadster is in its lines, or rather in its curves.

The keeper wheels accentuate the impression of length, the chrome is used in profusion, the grille is overhung by a rostrum recalling the convertible Narval by Figoni / Falaschi.

This car is awarded in each of its appearances since 1949 and still attracts attention today by its extravagant and spectacular forms.

A real masterpiece of automotive history.

A real masterpiece of modelcar not to miss. Very limited quantity.

Model made with approval of Club Delahaye 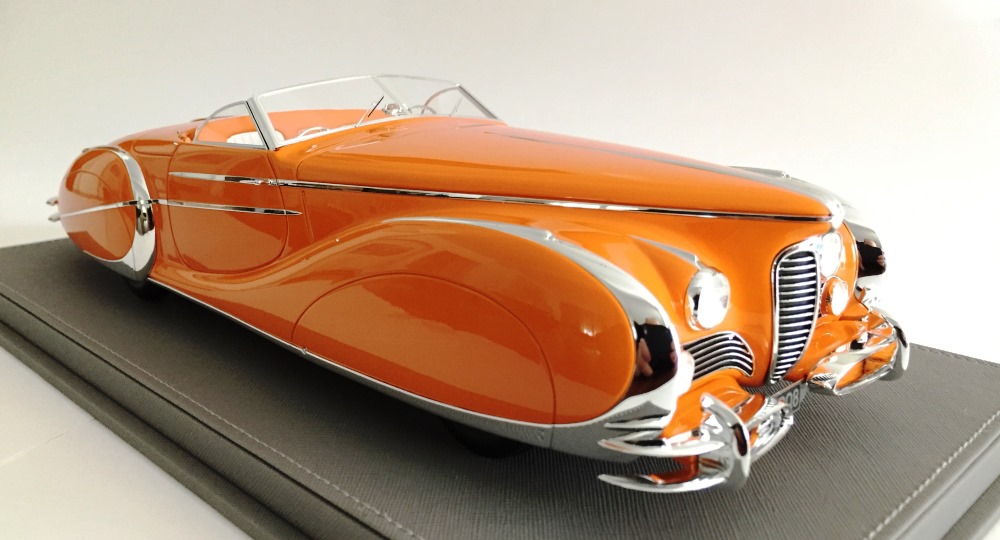 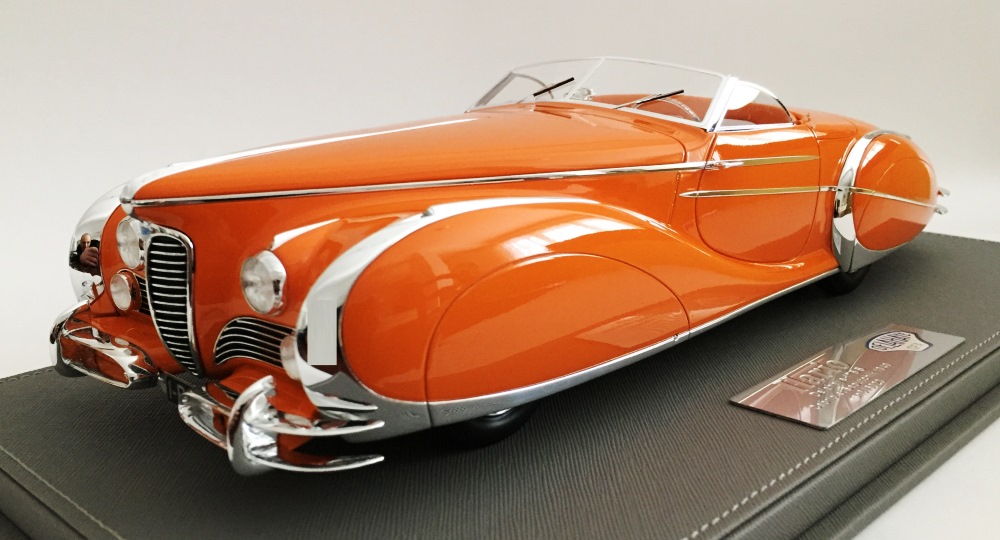 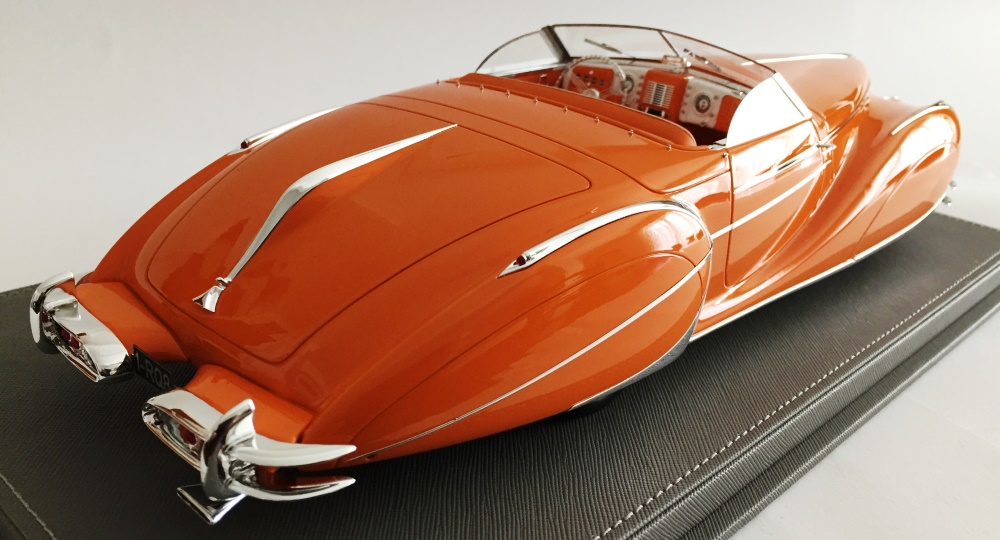 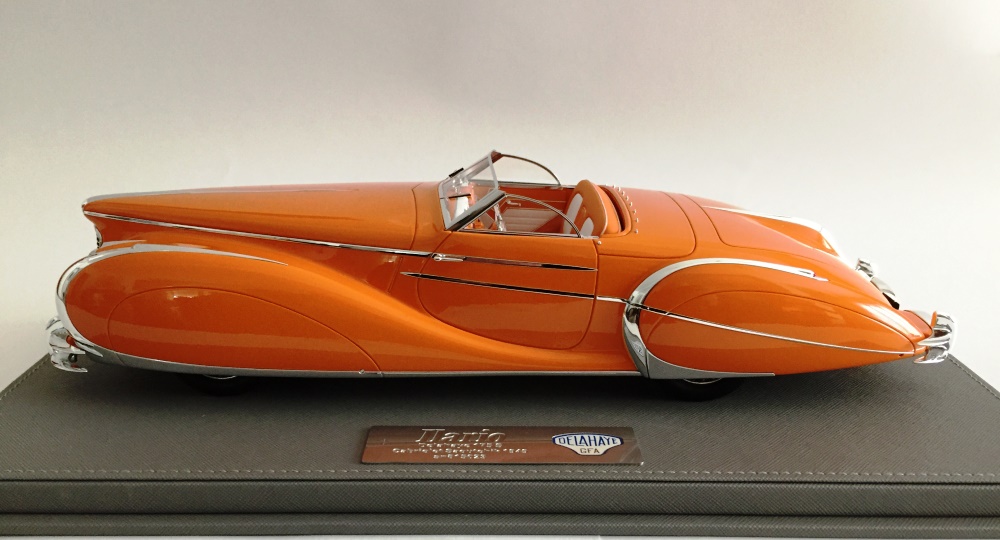 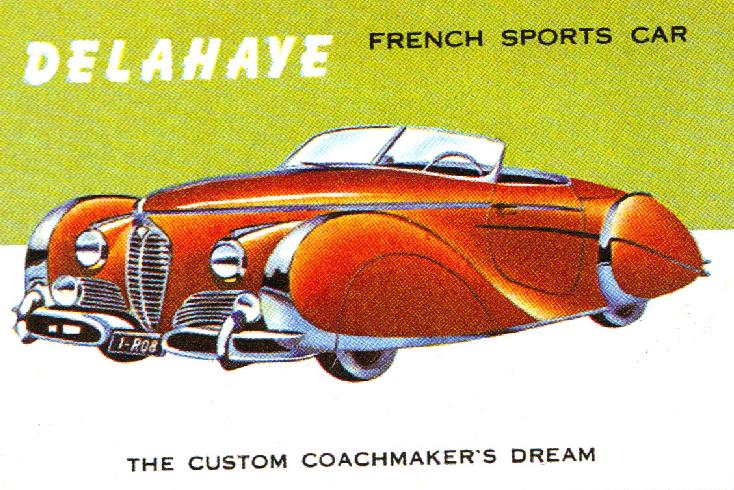